Back to the Past 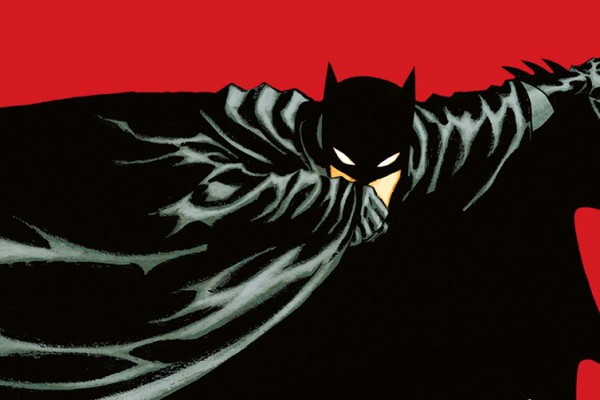 This is not a post about history, which I love. It is not a post about things being established, which I also love. It’s not even about the idea of re-telling a story, or going back to a previous point in a story to flesh out character, plot, mythology, or whatever. No, those are all cool things to do. Those can give further relevance, power, and passion to a story.

No, what I’m about to rant about is the idea of the hard reboot.

Let me explain; there are hard reboots and soft reboots, and reasons for doing both. A soft reboot gives an alternative version of something that happened in the past of a story, a different way of looking at the past that does not impinge upon the established mythos or sets up an alternative telling of that mythos.

Frank Millar’s Batman: Year One does this, telling how Bruce Wayne got his start as Batman in ways that differed from the original telling way back in the nineteen-thirties without dismissing any of the stories that had come afterwards. In did, in fact, give a greater context and depth for the stories that came before and those that followed.

Likewise, Ender’s Shadow by Orson Scott Card also does this by going back and retelling the story of Ender’s Game from the perspective of someone else entirely, changing the feel and theme while adding entire levels of complexity to the original work.

The James Bond movies also do the soft reboot thing as they move from actor to actor; you’re never sure where you are in that timeline, but there does seem to be consistency from one movie to the next. It lets fans of the series explore different theories about how that’s possible while still allowing the movies to go in radically different directions and explore thematic elements tied to the age in which they’re produced.

Still another means of the soft reboot is to take the same character or mythos and explore it in a different way. BBC’s Sherlock, for example, plays within the same mythical framework as Elementary and the Sherlock Holmes movies, but they are different explorations of that mythology that exist outside of and parallel to one another.

The important thing to note is that soft reboots add to what we already know about the characters, while respecting those characters, mythologies, and the people that care about both. They can change things and make us look at familiar narrative with new eyes, and they often succeed in doing so, perhaps even changing the whole of that mythology for the better.

Hard reboots, on the other hand, do away without whatever came before.

They are a means of telling the audience that whatever they were invested in, the characters and mythologies and stories that they were following, didn’t happen and don’t matter – that the audience of those stories does not matter. Most entertainment based industries have realized that alienating the audience is a good way to go out of business and so seek to avoid doing so, but comics… well, the comic book industry likes to try and get away with this from time to time, and it rarely works.

Modern examples of this tactic failing include DC’s nu52, which affected their entire line of comics, or Marvel’s Brand New Day, which only really affected Spider-Man.

By and large, they’re insulting to an existing fanbase but done with the idea of bringing in new fans.

Generally, the hard reboot is limited to the medium of comics and it goes a long way towards explaining why comics is a dying medium. It’s rarely the writers that want to hard reboot, but editors and the like, and it is never out of a sense of malignancy (at least, I hope not…).

Rather, these people want to go back to reading the stories they were passionate about when they were younger and fans instead of creators. And so, instead of respecting what the character has become or merely going back to that point in the character’s evolution and retelling a story there, they tell their fans to ignore however many years of storytelling. They do away with key characters or pivotal moments that people have grown attached to, destroying what was to reset things.

It doesn’t work. It has never worked.

You can’t undo what has been done in story, you can only re-tell it or explore it from different angles. Trying to do otherwise only costs you your integrity and your audience. And this is why the nu52 has failed so spectacularly for DC’s readhership, costing them, and why One More Day has all but killed Spider-Man.

This isn’t to say the hard reboot can’t work. Back in the eighties, DC Comics recognized that the mythologies that tied their characters together were a jumbled mess and sought to fix their problems with Crisis on Infinite Earths. Crisis was the perfect use of a hard reboot, a one time stroke of genius that fixed a lot of their storytelling problems and allowing the company to move forward.

Key words in that previous paragraph: one time. DC Comics has since felt the need to reboot every few years or so, but generally speaking they’re reboots have left their characters alone, only affecting their overarching mythology. Writers felt free to ignore the reboot, which is exactly what is not happening here and why it is not working.

Some might argue that Valiant and A-1 Comics relaunch is a hard reboot, but they would be wrong. Valiant and A-1 Comics didn’t tell people to ignore the past – rather, they started fresh and began telling new stories with familiar characters. That’s a soft reboot, and they’ve been successful with their efforts – especially Valiant, who are putting out some of the qualitatively best comics in the world right now.

Bottomline: storytellers need to respect the past when writing characters that are already established. Feel free to tell stories from different perspectives or with a fresh set of eyes, but don’t undo what’s gone before; doing so is unfair to those that have a passion for the character you’re telling stories about, and will drive them away – and given how important word of mouth is, you’re less likely to gain the new audience you’re hoping for in a world that is becoming more connected every single day.