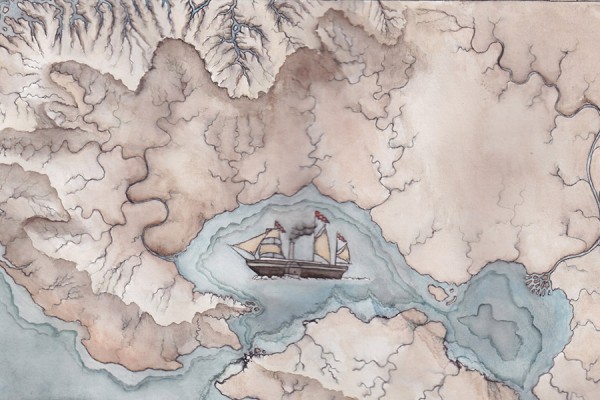 I’m a Canadian. Living Myth Media, Inc, is based in Canada.

That doesn’t mean so much anymore. Once upon a time, we divided ourselves primarily by where we were born and the culture we grew up in. The French were French, the Germans were German, and that was pretty much all there was to it. Sure, there was the nobility and the peasantry and whatever else, but there was a given social strata and it started with country and went from there. Borders were important because they were a good starting point for determining who owned what, and remember that back then we were dealing with the idea of limited physical resources as being the principle means of measuring wealth.

As we move into the Information Age, however, the idea of country is falling by the wayside. The various developing nations are still claiming national identity, and those who haven’t embraced the new paradigm are doing likewise, but it’s hard to think of yourself as being from a certain special place when you can talk to anyone, anywhere, at anytime just by clicking a few buttons.

Countries used to stand for certain ideals and principles – in practice if not in theory – but the online communities that have cropped up do the same thing, and often do a better job of it. As they grow their integrity and honesty, they gain attention and thus become more powerful and worth more in the world we’re moving into.

The countries themselves are partially to blame for this; as more cultures mesh together we begin to see that we, as people, have more in common with one another than the notion of country let us believe. We talk, share our stories, our hopes, our beds. Blood is mixed and becomes stronger until race becomes meaningless under a simple truth: we are all people, all of us, and our worth and value are found in our ideals and our lives rather than in the places we were born.

Especially when our leaders betray the principles that we’re told to believe in, but that’s another article entirely…

I’ve got friends all over the world. One of the principles in Living Myth Media, Inc, is currently living in Spain. I’ve got contractors in New Zealand, the United States, Mexico… and I can talk to these people every day with increasing ease. You might be reading this from anywhere in the world, but I’m writing it on my couch at home in Vancouver, listening to Lindsey Stirling while an image macro from the internet scrolls across my television.

Fraternity, Liberty, Equality… these are qualities more easy to find in the Information Age than in the Industrial One. Those three qualities are still struggling to find their way in the inert physical matter of the dying Industrial Age, but we the people are demanding their place in the world to come, and we’re making that happen.

Bigotry, racism, sexism… all that other bullshit falls apart when someone is able to express their ideas and have those ideas grow on the merits of truth and integrity. We have the power to call bullshit on the foul practices of perpetuated anywhere in the world, and we now hold that world to our standard, the standard set by all of us.

We’re proving that all of us together are better than any single one of us apart.