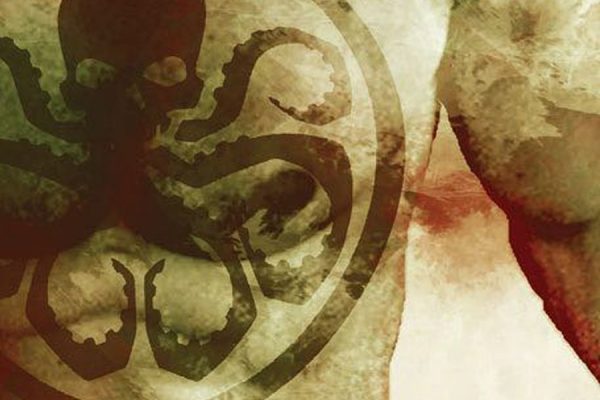 I was going to review this, but Captain America is still a Nazi. He betrays everyone and don’t trust symbols and whatever. So. There’s your story. Nick Spencer writes a good yarn that’s based on pissing people off and I’m not angry so much as tired. So. No review.

Instead, I offer this: a link to an article that talks about Marvel’s declining comic sales in more detail and in more interesting fashion than I could. Just click anywhere in this paragraph.

And then, from back when Marvel first decided to turn Captain America into a Nazi:

I had a friend who claimed to be Jewish. He wasn’t, and isn’t, and never will be. For him, it was a fashionable alienation, a thing that he could use to make himself an outlier without actually putting himself at risk. I tolerated this because there’s a certain amount of smiling and thinking this too shall pass when you’re Jewish.

Sometimes, it surprises people to learn that anti-Semitism is alive and well. It flies under the radar. We don’t like to think about it, as a society: there’s a very real sense of “we’re sorry we used you as our scapegoat and murdered tens of thousands of your people per year for two thousand years, and then let a madman wipe out one-third of your population, but that’s in the past. Why aren’t you smiling? You’re rich, right? You control all the money and banks and movies…”

Back in the Medieval Ages, Europe took that whole Christian thing pretty seriously. Jesus was against lending money and charging interest, so royalty lent their money to Jewish communities and had them charge interest, then took it all. Jews were given the worst land to live on and forced to be tax collectors, and if the nobility charged people too much and they rebelled? “Well, it’s the fault of the Jews. Blame them. Kill them. They’re only Jews.”

I disagree with the Zionists and what they’ve done to the Palestinians, but I understand their fervor. A large reason why all these atrocities happened was because there was no Jewish homeland – if you were, say, a Frenchman visiting Spain and the Spanish were mean to you, France would step up to protect you. The Jews had no homeland. No one stood for us, and for two thousand years, people took advantage of that.

Have you heard of Yiddish? Of course, you have. It’s that funny sounding language that Jews sometimes speak in sitcoms or movies. It’s a real language, a sort of ‘pig-Hebrew’ that was developed in the East Roman Empire. There was another language just like it spoken by Jews living in Western Europe called Sephardic. No one speaks it anymore. Everyone that did was burned to ashes to satisfy the misplaced religious bloodlust of a death cult.

I’ve had pennies thrown at my feet. I try and talk about it and people say that doesn’t happen or you don’t look Jewish, or any one of a dozen other things. I explain that most Jewish holidays boil down tothey tried to kill us and failed… let’s get drunk.

1941 was before Pearl Harbor. The United States was still very isolationist. When Hitler put Jews on boats and told the world what he wanted to do to them the United States didn’t take them. Neither did Canada. Neither did anyone else. Jews in the United States at that point were allowed to do one of two things by the people that, for two thousand years, had done little more than murder and kill them whenever they felt like it.

In 1941, two Jews invented the character of Captain America. The concept was two-fold; on one hand, Steve Rogers was to be the Aryan Ideal turned in on itself, the Superman made someone who was inherently decent, the conscience of his world. The second was a plea; by calling the character Captain America, these two Jews were asking America to remember its dream and live up to that ideal.

The creators of Captain America had family that the Nazis murdered. They went and fought in that war to save the Jews that the world left to die.

Jokingly, I’ve written a column called God of Comics. I know how comics work, and in regards to this, there will be a separate article about how this storyline is a symptom of a larger problem that is choking that industry. So, yes: the Captain America that is now a Nazi will be explained away as being a Skrull, or a clone, or from a different timeline, or any one of a hundred different outs. It will be retconned; the company that has allowed this to happen will hope that it will be forgotten.

It took Marvel ten years to salvage something of Iron Man from Civil War. Without the movies, I do not think they would have had any idea of where to start. Now, we’re hollowing out an icon that was meant to stand against a thing by making him a part of that thing.

Yes, this too shall pass. It’s comics, another form of fiction, and people that don’t understand the power of fiction will dismiss it as such. It will be fixed, you think, when it gets retconned out of existence for being the idiot idea that it is.

And it is an idiot idea. It’s click-bait built on the deaths of eleven million people, over half of which were just the latest atrocity committed against the Jewish people.

And that’s just the ones that were systematically murdered. Over sixty million people died in that war.

I don’t know how to end this. I try not to quote other people, mostly, as I think that as a writer I should be able to speak for myself. Yet, in this instance, I’m bowing out to Sigrid Ellis, the Jew that does the panels for a comic called Pretty Deadly:

“How little must we matter. The people who created Captain America, and Superman, and countless other heroes like them. The people who need him. The people whose history and suffering and hope, as we stood on the brink of annihilation, gave you your weekly entertainment and your fun thought experiment, 75 years later.

Smile, everyone. This too shall pass.

Enjoy the comic. It’s written on the ashes of six million dead Jews.