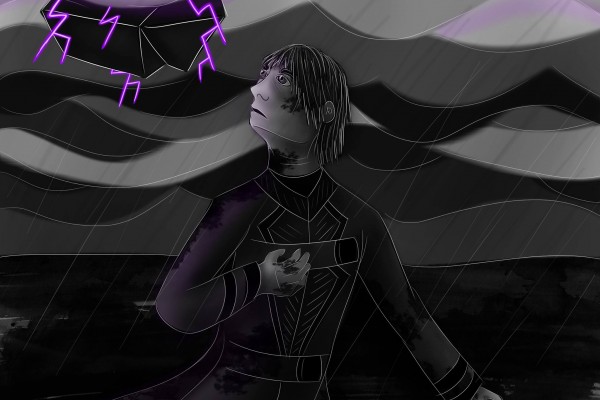 Risue Nihm of House Elhaz was one of the best politicians in his family. He could talk and negotiate, carried himself with an air of confidence that often rolled right over lesser men. From the time he could speak he was pushed towards wheeling and dealing, accepting only the best as he dealt with the brightest children of the other noble Houses. He took to fighting with a levlearly on, meeting Hekro Gebo as a child, the two of them learning from one another.

Perhaps it was because of his learning with Hekro, one of the best fighters in Midgard, that he developed a strongly defensive style. Perhaps it was where his own skills would have taken him anyway. The fact remained, however, that his preferred method of physical combat was in direct contrast to the way he spoke, and it often confused others.

It was through Hekro that he met Secu Nauthiz, a girl with long red hair and bewitching yellow eyes. She followed at his shoulder in all things, walking with him into meeting halls with the rest of the nobility and listening as he won favors for both their Houses. The elders of Nauthiz took note of him, met with him, deemed him a worthy match for their pretty scion and met with Risue’s father, seeking an engagement.

Life, Risue had thought, could not have been better.

He served along the Coeecian border as all noble youth must. His father made certain that he was sent to the north and west, a place where the barbarians did not strike all that often, and the few fights he found himself in were more exhilarating than terrifying. When a handful of Coeecians attacked and ran away his people thought nothing of it, riding down their enemies into a valley and thinking to finish them there. Never once did any of them suspect that Coeecian cunning had brought them into an ambush.

They came from the top of the valley, raining down boulders that crushed some of their mightiest. Primitive weapons followed their use of terrible chemical fires that no amount of water could quench. Scientists were targeted and picked off, leaving the remaining Vanir with no defense against the extant superstitions that the Coeecians could call from myth to reality. The Coeecian mystics tried to flood the valley and the Vanir tried to escape, and failed. The water rose and soaked them through to the bone, all of them shivering and pale, none of them able to remember what it had been like to be warm.

Risue came up with a desperate ploy, a quick run that cost them half their remaining number but saw them escape. He himself was injured in the process, some Coeecian savage shoving a pointed length of wood into his spine. He ran anyway, as fast as he could manage, further and further north as their enemies chased them. One of their number – a woman from House Dagaz that he had never learned the name of – said that there was a proper keep up in the most remote wastes. They ran for it, hoping that whoever lived there would give them shelter.

The Lady of that keep had emerged from her home and used some form of Science no one had ever seen before to flatten those that chased them. She called a mountain out of the sky and caused it to crash on top of the Coeecian horde, rattling the earth, tossing them from their feet, shaking the bones in their flesh. The Lady’s manservant, Jaso, had emerged from the Keep and told them that the Lady was not receiving guests and gave them every supply they asked for before sending them on their way.

It had been the first time that the Vanir people as a whole became aware of Lady Veskur Wyrd and her strange Science. 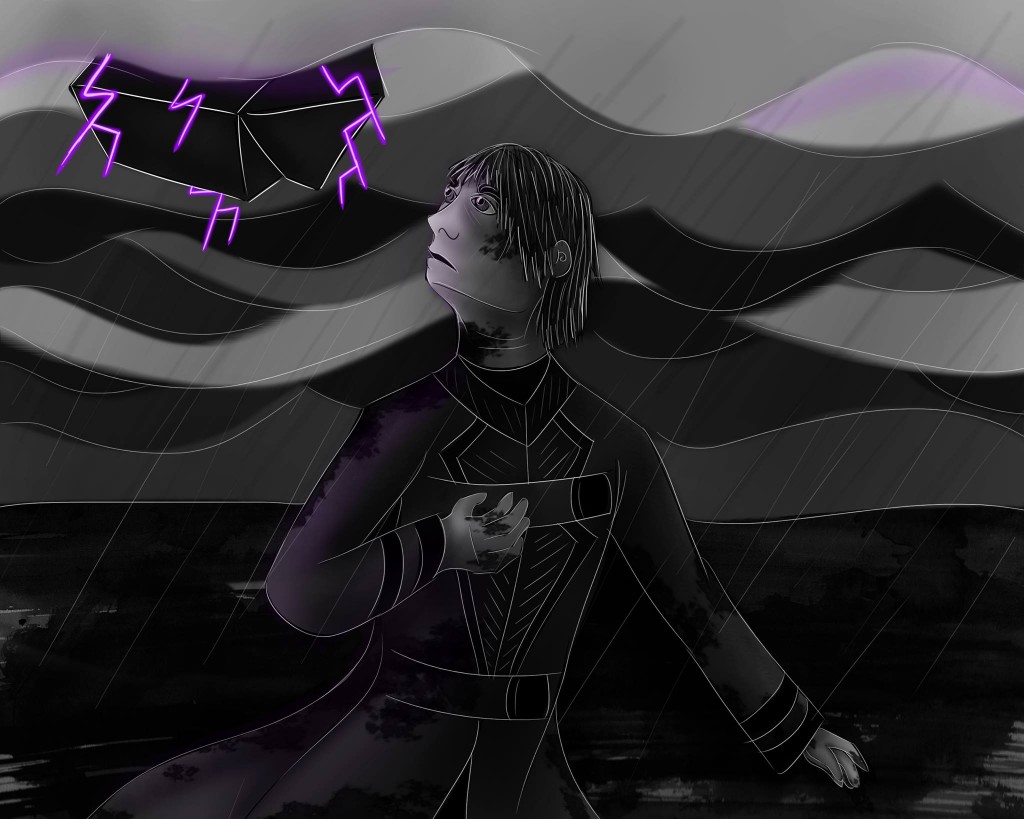 Risue had been shipped home. The house medics could do nothing for him, and so he was sent to the nobles of House Suwilo. Eri Sahr himself had tended to his wounds, sealing the gaping hole in his spine and teaching him to walk again. There was pain, a lot of pain, and old muscle began to soften as the exercises he had done since childhood became impossible to perform. His mind and his tongue remained sharp, however, and that gave him some comfort even as the levl at his hip became something he carried more for comfort than practicality.

Seasons came and went and past and slowly, slowly, he came to terms with his new lot in life. The Golden Champion fell to Jesam, Jesam fell to the Lady Wyrd, a new Njord was named, and the White Rose became hero to the Vanir people. Risue’s father was never able to accept his new weakness, but Secu remained by his side. It was enough; with skill of word he created a web of contacts and contracts that brought both his House and Nauthiz wealth and honor.

However, the glory that he had hoped to win fell by the wayside. Worse, when Secu travelled, she did so under the protective arm and eye of a recovering Golden Champion. Risue pretended that it didn’t bother him to see his fiance walking with his friend, the friend that would recover physically where he could not. When it happened he forced a smile and kept on talking, relying on his quick wit to shield the agony he felt whenever he saw his love in Lady Hekro’s arms.

He did the best he could.

He brokered treaties with the Darroken and fermented trade through the Darroken lands with the strange eastern nations – the Hsien, Zaerm, and Trahmin peoples. He was important in the eyes of his House but not his father, and every time the old man looked at him he was reminded of how much he had lost and all that he might have been. He wondered if perhaps the world might not have been better off had he fallen in that valley so long ago, his blood soaking into Coeecian hands, but then he would shake his head and smile and get on with the business of leading his life.

It was harder and harder again to do so. He began to lose focus and confidence, keeping his word and charisma at the beginning of various encounters but becoming frustrated as people failed to live up to the expectations he had for them. They placed difficulties in his way, conspired against him, and he knew that they did even if he could not prove it. They did not pay him for his work and he felt exhausted, betrayed, and alone. Still he tried to be the best person that he could be, still he tried to live up to the potential that he had once possessed.

More and more his father set him out and away from the family holdings, traveling from one place to the next to carry the family banner. Lesser Vanir were sent with him to try and finalize the terms that Risue tried to set but the longer he was gone the more of what he tried to build crumbled.

Finally, he was sent far to the north and west, his father returning him to the place where his life had ended all those seasons ago, the place where his body had refused to lie down. Perhaps his father thought that by returning him to this place he would finally be able to rest, that the not-life that he continued to suffer would finally give way to the ending that should have been his.

And it was there, on the borderlands where he should have died, that he befriended Veskur Wyrd.