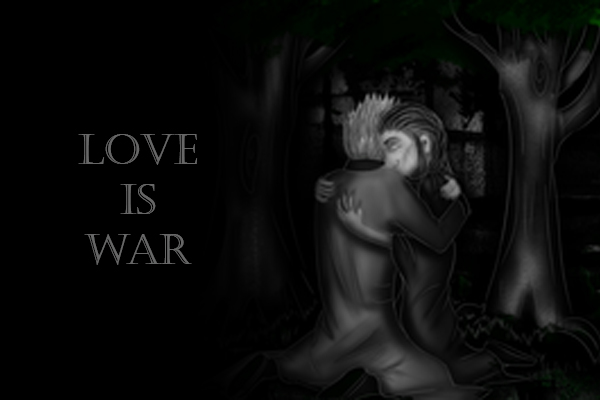 Sotaas watched as it all unfolded. There was nothing that could be hidden from him, not a moment that passed that he was unaware of. Oh, the warlords of the Coeecians thought they were secretive when they met in their eyries or caves or tents, but there was always wildlife around them and anywhere life prevailed he could see. Even in those places where there was no life he could go, slipping between their moments of awareness.

No place was safe from him. There was no where to which he was unattached, no distance he could not cross with a thought. All space was a single space to him, though as he become more aware of that it was harder for him to focus on a single location. There were times he felt like letting himself unravel, sinking into every measurement of length and width and depth until there was nothing left of him. Some sense of things always held him back, however.

Some sense of things. He wondered if he was going mad.

His left hand ached, sometimes, but still he refused to take the gaurn off. He had left the civilized world to calm himself and sort through his feelings for treacherous Veskur and unfaithful Endrall, but his efforts in that area had been underwhelming at best. A terrible anger grew in his heart, a rage and a hatred that no one would be able to withstand should he ever let it free.

Sotaas’ reasons for remaining in the wilds were, he would have thought, obvious.

Members of his House sometimes came looking for him. They were the best trackers and scouts in all Midgard, a House that prided itself on such activities. He stood in the midst, sometimes, and listened to their words, cobbling together a picture of what was happening among the Vanir as they made war on the Coeecians.

It all seemed so trivial out here and in the wilds. The idea that thousands and thousands of people were dying in every battle over some imaginary border, over which way of living was right. Couldn’t the Coeecians see how wrong they were? Were their thought processes too flawed to understand the superiority they consistently threw themselves against? It baffled Sotaas, left him thinking that there was some part of their physiology that was wrong. No matter how many of them he dissected, however, he was unable to discover what that mistake was.

So he wandered along the borderlands, unseen by all – his nation, his House, his Njord and Freyr and Freya. No one could find him due to his mastery of the ethcinos and he vowed that he would never know a personal tie again, never be bound by thought and heart to anyone that he could love. There would be no more friends who betrayed him, Njords that asked him to do unsavory things, lovers who soothed with words while stabbing into his guts with a smile.

He moved east and further east, past the Darroken lands and into the Middle Kingdom of a people called the Hsien, then further east still to a nation of shattered islands. It was here that the sun was born every day and here where he set down to watch light vanquish darkness every last mourning. There was something soothing about the birth of light, a vision taken in absolute solitude as the days slithered past and bled together.

The voice startled him. The question in it wasn’t one of presence; the speaker knew he was there but wasn’t certain of his exact location. Sotaas turned and stared from a place of hiding, wondering if this woman – the inventor of the Science that kept him hidden – could see through that very Science. He did not think so, but had learned long ago that it was never wise to believe that a Lady like Veskur Wyrd had any limitations at all.

Sotaas circled her, his consciousness wandering through the world around her. Veskur was sitting down in a natural break in the woods they were in, her bum resting on the grass, her eyes downcast. She was trembling, frightened, though of what exactly Sotaas was not certain. He drew a dryw as he circled, considered jabbing it through the skull of his old friend as he stalked around her prone form. The Lady had to know what was happening but she offered no defense, did not even raise arms or head.

Sotaas stopped. He was not certain if he had ever heard that note of quiet desperation in Veskur’s voice – he had kept tabs on Endrall and Veskur only enough to know that there had been some sort of falling out between them. Endrall, he knew, had half-heartedly tried to contact him for a while, but even the ghost of attention that Sotaas paid the darling of House Suwilo allowed him knowledge of his old lover’s thoughts; when Endrall spoke of Veskur it was in nothing but insults. He had even taken Veskur’s name away, referring to her as the dryw.

“There’s a peace offering. Will you drink with me?”

Slow, gentle, Veskur shrugged a pack off her shoulders and opened it, producing a bottle of fine wine and two glasses. She possessed none of her usual arrogance right now, Sotaas saw, held none of the manic confidence that had always been her air and armor.

Sotaas was not certain when he took Veskur in her arms. They held one another for a time, grasping at one another, holding one another steady in the face of their separation. They discussed everything, leaving no truth unlit no matter the ugliness of it. They spoke for days, the sun rising and sleeping over them as they banished all the things that stood between them.

“Did you know he asked me not to take a lover after he left?” Sotaas felt bile rise in his throat. “He told me it would break him to see me with someone else. And then, not a moon after his absence, he was lying with an echo of his mother.”

“If that is her name.” Sotaas scowled, clenched and unclenched his hands. “What has been happening in Midgard?”

“Politics and succession. I would like to know what sort of jungle I’m getting into now that I am rejoining the rest of the Vanir.”