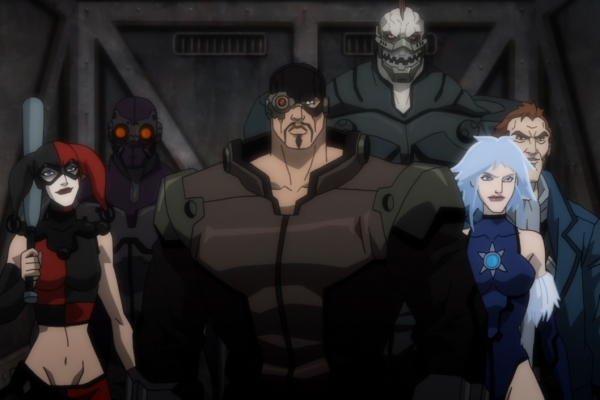 Last week, we talked about how Justice League – Throne of Atlantis was a very pretty but ultimately forgettable movie. The animation, character designs, and voice acting were all about perfect, but the story made little to no sense and the character arcs were largely illogical or downright insulting. Worse, the movie didn’t seem to know who it was targeting with the brutal murder happening everywhere and the simplistic slapdash excuse for writering.

I know DC can do better.

I even know that modern DC can do better.

DC Comics has dominated the small screen for years with the quality of their animated series. Starting in the early nineties with the legendary Batman: the Animated Series – a series that was so good it changed the way the comics were written – Superman: the Animated Series, Teen Titans, Justice League, and Justice League Unlimited, DC has hammered us with good storytelling, brilliant animation, and some of the best voice acting anyone had ever heard. It was glorious.

With the advent of the nu52, DC decided to veer away from original works towards more adaptations of their modern comics. This decision caused a lot of the people associated with their animated excellence to leave, but that’s something we’ve discussed before.

This decision has given us some alright quasi-adaptations, like Son of Batmanand Under the Red Hood, and some incredible anthologies, like Emerald Knights, and even the silliness that is Teen Titans Go. Fully original titles, though, are few, far, and in-between.

Assault on Arkham is one such quasi-adaptation, taking an already existing story and twisting it in new and exciting ways. In it, a secret government agency kidnaps a group of villains and forces them to work together in order to break into the last place anyone in the DC Universe ever wants to go – Arkham Asylum. The story they’re given is that the Riddler has gotten his hands on a nuclear device, and they’re going in to retrieve him.

The truth ends up being much more complicated than that.

We’re immediately shown who the characters involved with this story are, and given reasons to care about each. We get full on arcs for Deadshot, Captain Boomerang, Killer Frost, Harley Quinn, King Shark, and more. We get a proper Joker, amusing and terrifying, and get to see through other people’s eyes exactly how scary Batman actually is. And, hey, any movie that lets Harley and Mr. J work out their differences has to have some good moments.

This has more than just moments. The animation is excellent, the character designs are awesome, and the voice acting is perfect. The story is complex and nuanced, with a whole series of surprises, twists, and turns. You wind up caring about the various villains that have been roped into this little mission as they work with and against one another as necessary – none of these people are good, but they are likeable and the story goes out of its way to remind you of that.

When they die – and death is a frequent guest star of this movie – it matters. You feel it. You’re rooting for each of these people, so that when they falter and fail and pay the dearest cost, you mourn them and become further invested in the survival of those that’re left.

Everything that Justice League – Throne of Atlantisfails at with its story, Assault on Arkham does right. Every character has a moment to shine and grow, every plot point that is set up pays off somewhere in the story, everything makes sense. The final fight is a little off, but it’s a violent mess and exactly the sort of thing you need to finish a story like this.

A word of caution, though: this movie is full of sex and violence. It’s the perfect adolescent action movie, an intelligent storm of sound and fury that deals with concepts of damnation and a descent into sheer madness. I would have loved this as a kid, but parents might want to give this a watch before letting their kids watch it. Teens and action movie fans will love the hell out of it.

The Good: Good character design and interesting character choices. Instant understanding of the multiple stakes. A complex story with character moments and growth for everyone. Excellent animation and voice acting. The terrible, terrible violence.

The Bad: Nothing more than a little bit of nitpicking. Seriously, nothing of note.

Filed Under: Articles
Tags: ASSAULT ON ARKHAM, BATMAN, MOVIE, REVIEW
Mindful Trashy Television – How To Get Away With Murder
Islamaphobia, Comics, and Kamala Khan