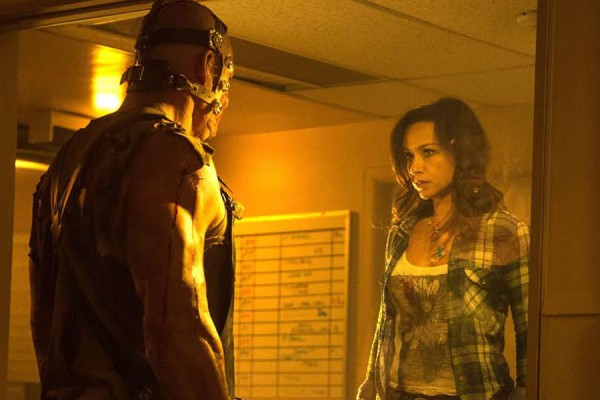 One day you will die.

There’s a saying that runs that only two things are unavoidable – death and taxes. Taxes are something that we’ve made up as a society, and they’ll fade with us. Death, on the other hand? Wherever there’s life, there’s death. No matter what we do, no matter what we accomplish, one day all of us will simply stop.

No living thing can escape from this. No living thing can get away from this. One day, it all ends and we face whatever comes next – if anything. It’s one of the biggest fears that we all share as living people. Entire philosophies, religions, and cultures have been forced to address this simple thing, this weird process by which we will all some day stop.

It scares most of us, this ending. We use it to threaten one another, both in jest and in earnest. We use the threat of death to teach our young, and have from our earliest days. Stories of the boogeyman, of things that go bump in the night, of the nameless specter that we dress up in a thousand different ways to mask the true terror that waits for us all, that sudden stop.

Slasher movies were based around this concept. Michael Myers and Jason Vorhees were literal manifestations of death – forces that could not be stopped or reasoned with, violence that could not be withstood but did follow certain rules. They attacked the young for being young, punishing youth for rejecting the morality of an older generation, which is why the few survivors left in their wake were always “pure.”

But the promise of purity as safety? That’s a lie. Any old fashioned definition of purity is not going to protect you from death; that promise is the last dying infliction of an older generation who can see death and wants their children to do what they think is best.

We all die, but that doesn’t mean that all of us have lived.

Over the past month we’ve looked at two feature films directed by the Soska Sisters, Dead Hooker in a Trunk and American Mary. We’ve done this because they’re some pretty amazing films with some pretty intense themes, an unblinking glare that meets the gaze of terror without flinching. The Soska Sisters have eschewed tradition, have carved a world for themselves and defined their own sort of purity, and the world is a better place for it.

And that brings us to the third of the Soska Sisters’ feature films, See No Evil 2. Produced by WWE Films, the first See No Evil was a rather tepid affair that was notable only for the casting of Kane, who turned in a good performance in a paint-by-numbers gore-fest. It was fun, certainly, but it was still sound and fury that meant, well, nothing.

Not so much with See No Evil 2.

This movie picks up where the last one ended, with the body of the monstrous Jacob Goodnight being carried to a morgue for autopsy. One of the morticians on staff is celebrating her birthday but is asked to stay and help deal with the flux of bodies being carted in following what should be Jacob’s final massacre.

Jacob, of course, is not really dead. He is an avatar of death, a force that cannot be stopped or reasoned with. He is violence that cannot be withstood, but unlike other similar monsters, he follows no rules. He is unrelenting, respecting nothing as he stalks his prey and murders everyone. He is unblinking, unmerciful, and honest – no one is going to escape him, and any thought to the contrary is a lie.

Every performance is marked by that same stark honesty. Death is coming, and when the people involved in this story realize it they rage and fight and scream. They do everything they can to survive, and you never question their will to survive or their intelligence in what they attempt. No one here gives into idiocy for the sake of expediency. There’s not a moment where you think that one character wouldn’t do a thing because that goes against their character.

And that’s a gift we can thank the cast, directors, and writers for equally. The writers clearly cared about this story, and approached it from a position of integrity. These characters feel like people, flawed but certain, young but sure of themselves. The actors give each of these characters life, committing to blind faith and hope in one another, even in the face of the inevitable.

It makes their deaths all the more tragic.

The Soskas, of course, add their usual flair to a very tight script. They paint scenes with vibrant shadows and a creeping sense of dread that pays off when the blood starts splattering and no one escapes. There’s never any pretension of anyone getting out, or anyone being protected by some veneer or mortality; death comes for everyone, no matter who they are, no matter what they may or may not have done.

It’s right there in the title. No one can see evil when there’s no one left to see it. Jacob Goodnight leaves nothing in his wake save for the horror of aftermath, for the people that come in after he’s left. No one he comes in contact with can possibly survive him.

And that’s the power of the slasher movie. That’s why we watch them year after year, decade after decade. That’s why we love them; when they’re done right there’s a sense of honesty to them, an absolute truth that whispers underneath the gore and monstrousness. Yes, the victims rage and fight, but in the end everyone finds the same release, the same escape, the same moment that makes us all equal: that sudden stop that marks the end.

The Good: The tight script, great performances, killer direction, and brilliant lighting. The complete lack of pretension when it comes to who gets out and who doesn’t. The brutality of it all, if you’re in to that sort of thing. This movie is more nightmarish than beautiful, but it is unrelentingly nightmarish and thoroughly enjoys being so.

The Bad: We mentioned in our American Mary review that the Soskas have no time for bullshit morality. The same holds true here; there’s some people that aren’t going to like that, but screw those people.

The Verdict: One of the best slasher movies of the past decade. If you like the genre, you owe it to yourself to see this.