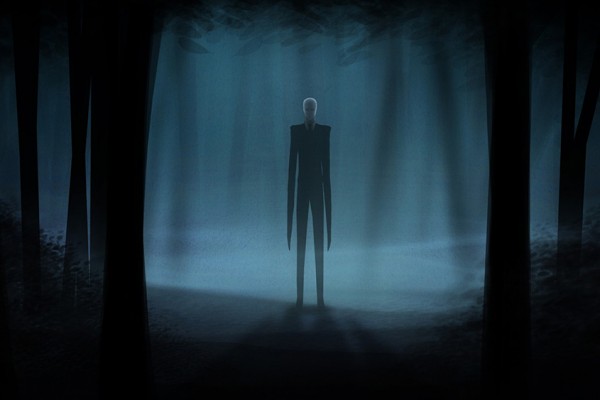 Vampires have sort of taken a hit in the modern world. We’ve got the sparkly kind, and the southern kind, and occasionally the European kind, but we know all about them and they’re not terribly frightening anymore. Same goes for werewolves. Golems. Mummies. Ghosts sometimes get away with still being scary, but that depends heavily on who’s telling the story (I’m looking at you, Insidious and Paranormal Activity 3) or failing to do so (Paranormal Activity 4). By and large, the monsters of yesteryear have lost their teeth for us, we savvy modern worlders who know so much.

But we have a need for monsters. Not the human kind, which I’m pretty sure we’d all be happier to be without. No, the real monsters, the other lurking in the shadows or hiding in plain sight, the otherworldly presence that we can define ourselves against. Something that is not, has never been, or is no longer human. Something we don’t understand, something we can challenge ourselves against, something worthy of nightmares.

With the gentrification of the classics, the children of the Information Age decided they were going to make up their own, and so they did. Cobbled together from the dark corners of the internet, an entire mythology was crafted, a pattern of behavior that has captured the minds of those in the know.

Slithering through the shadowy places just outside of civilized societies, skirting the borders of it – asylums, forests, even parks. Welcomed by the children that can see it and invisible to those that it does not want to be found by, spreading sickness, disease, madness. A faceless figure in a suit who haunts and terrorizes from one age to the next, a passive-aggressive monstrosity that cannot be understood or reasoned with. Slenderman.

Monsters reflect the worlds and eras they come from. Vampires live in defiance of man and god. Faeries are the wildest excesses of lust and libido, werewolves unfettered rage. Ghosts the fear of leaving things undone, the various golems the terror of leaving life behind – something we all must do – a soulless effort to escape the ever present and inescapable specter of Death.

In the Cold War we had various giant monsters, representing the consequences of nuclear war, and various extra-terrestrial critters representing the destruction of native cultures by alien ones. The Industrial Age popularized the zombie, the mindless and soulless consumer. The seventies and eighties saw the rise of slashers, monsters that killed in spite of the trappings of greed, in spite of self knowledge.

Given what we know of the Information Age, why does Slenderman work when so many others monsters have failed to thrive or fill the niche that Slenderman occupies?

In the world of the Information Age, every little thing you could ever want to know is at your fingertips. Slenderman takes away all information and defies explanation. It’s impossible to guess at the monster’s motives because his actions seem counter-intuitive to his victims. He robs memory, identity, information, and toys with his victims precisely because they don’t know how to attack him.

Lies don’t work on him, and he seems so far removed from the paradigm shift happening around him that it’s hard to guess if he’s even cognizant of it – or even cognizant at all. Politics mean nothing to him, location means nothing to him, he comes and goes where he will and cannot be stopped. If he notices you then there is nothing you can do to help yourself, and he spreads like a virus, a seething darkness that infects lives.

And you can’t fight what you don’t understand. In an age where understanding is as easy is a Google-search, Slenderman takes that tool away from you. He keeps you in the dark and robs you of your ability to think, to reason, to seek out knowing. His efforts and desires are as alien to us as we must seem to those still living in the Industrial Age, but while Slenderman represents a lurking death in the future, those living in the past represent a very real death from the past, trying to smother things they don’t understand.

No wonder, then. No wonder that he is the perfect terror for the Information Age.