The Fictionals present Ladies Against Humanity

It was always weird to me that lady comedians would get a bad rap. I’ve been an insomniac since I was a kid, and sneaking downstairs to watch the comedy channel in the basement was something I’d do often. I don’t remember many names, but that was almost thirty years ago: all I remember are the jokes.

The jokes stay with you. They’re funny, insightful, powerful, educational. They come from a place where they need to punch up, and that’s where the best and most timeless comedy comes from, the real stuff that cuts to the quick and inspires the best of people, the laughter that makes you think.

And that’s why the award-winning Fictionals comedy crew dedicate one of their shows every year to an all-female cast: Ladies Against Humanity. Some of British Columbia’s funniest women comics are going to get on stage at the Rio Theater this Wednesday, March 21, and they are going to set the theater on fire while bringing Cards Against Humanity to life.

Comics Rae Lynn Carson, Angela Galanopoulos, Ese Atawo, Alex Gullason, ‎Denise Jones, ‎Margret Nyfors, Diana Frances and Clare Filipow will compete in front of a live audience to determine which members of that audience deserve fabulous prizes and who among them is the Worst Person in Vancouver…!

How can you resist such an event?

The truth is, you should not. To that end, you can purchase your ticket by clicking here, and if you’re interested in seeing more high quality live entertainment like this – the sort of thing that gives Vancouver its soul, the sort of thing you cannot see anywhere else – you might consider helping to Save the Rio.

And on that note: 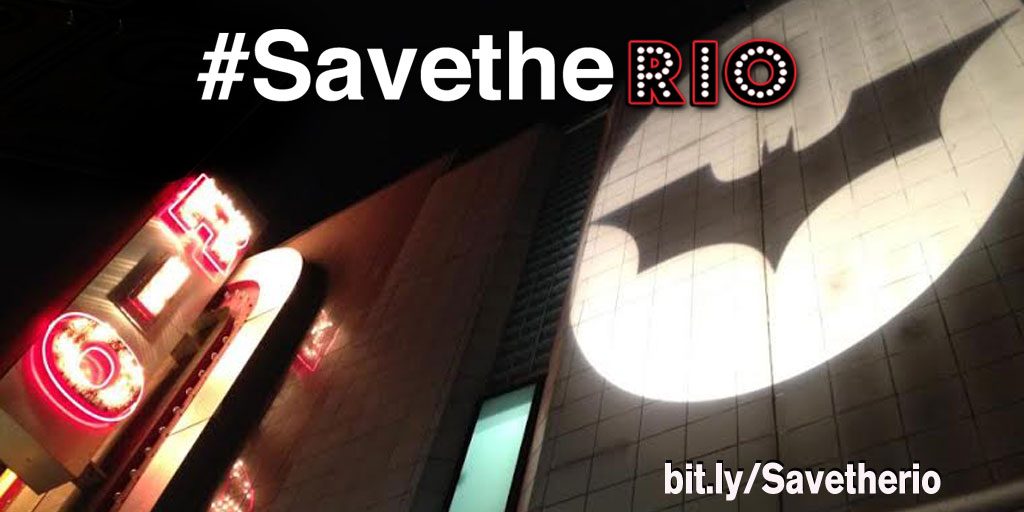 The Rio is in danger, and we are the Rio’s only hope.

There are some people that would like to demolish the Rio and replace it with Condos that no one can afford to live in, as Vancouver continues to struggle against a future where no one actually lives in the city anymore. Here is our hard line: the Rio Theater is, in many ways, a bridge between the future of and the past of this city. It is everything good and great about Vancouver, representing the best aspects of the Vancouver creative community. It is the home of so many artists, so many shows, so many things that make this city a better place and would not exist without the Rio to be there.

And the Rio makes money. It is a solvent business, a place where people find their voices, their careers, their futures. It is a place of community and growth, and in many ways, it is the heart and soul of the Vancouver creative scene. They partner with other businesses and everyone is better for the Rio being there.