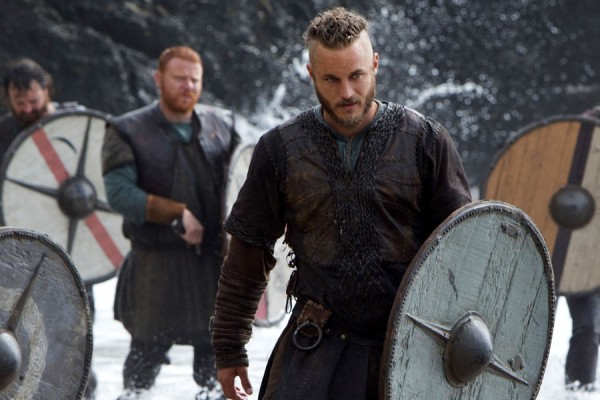 Drawing upon history to create entertainment is nothing new. Shakespeare himself was fond of crafting historical fan-fiction with works like MacBeth or Julius Caesar, and every writer before and since has added to the stock pile. Most of the time, these works are meant to add a cultural slant to whatever period is being covered, and have less to do what actually happened than what we’d like to think happened. It’s an excuse to laugh at our forebears, to laud ourselves for how far we’ve advanced.

Very few cultures have suffered as greatly from this misrepresentation as the Vikings outside of maybe Islam. When we picture Vikings we view them as bloodthirsty barbarians wearing pointed hats and sailing on longboats, coming from far away to rape, pillage, and destroy. A certain subset of men look upon this fiction as the masculine ideal, aspiring to be bloodthirsty maniacs who give themselves over to savagery without understanding the greater context of their culture – all the style with none of the substance.

The History Channel has seen fit to redress this lie.

We get most of our representations of the Vikings not from the Vikings themselves, but from the people they were often at war with – the Anglo-Saxons from Wessex and East Anglia, primarily, who saw them as an alien horde, a terrible other. The Anglo-Saxons knew only that the Vikings did terrible things like respect women, take the stuff they had taken from everyone else, and worship other gods. This was a problem for the Anglo-Saxons, who quickly sought to demonize them by any means necessary while also presenting them in as negative light as possible.

It’s an old game of propaganda, making someone look worse than they are, making them look less than human. As Christianity flowed throughout the crumbling Roman Empire, it gave people from disparate parts of the world a common language and morality from which to deal with. This allowed those parts of the world some form of alliance, which in turn allowed them to flourish in the wake of Rome’s decline.

The Romans had never conquered the Vikings, however, and so the Christian faith never touched Viking lands. The Vikings continued to create their own culture, untouched by the paradigm that Christendom was inflicting on the rest of Europe – and so their women folk were still allowed to have power and agency, their peoples were offered a higher degree of literacy than what was enjoyed elsewhere, and their hair care was the best in Europe.

History’s Vikings addresses all of this, exploring Viking culture for what it was, both good and bad. It does so in an honest and frank way, casting predominantly European actors in roles that are suited for the time and region, and does not shirk from the political and religious hypocrisies of the time. The main character is a figure out of Norse historical legend, and by pairing him with a captured Christian priest we are able to explore the differences between one culture and another. It’s a brilliant device that has allowed the show to connect with audiences the world over.

In fact, the third season of Vikings starts later this week – on Thursday, February 19th. It’s one of the most well-received and popular programs on the History Channel, managing to be educational and entertaining at once in a way that most documentaries aspire for and fail because they lack the compelling narrative that lies at the heart of the best fiction, and thus lack the hook needed to addict a strong following.

The strength of the show’s following has to be one of the reasons that Netflix was willing to take a gamble on Marco Polo, the brilliantly rendered and received re-telling of that explorer’s life. Note how that program managed to avoid any degree of whitewashing or the sadly common Mighty Whitey trope while also aiming for cultural accuracy in all things.

Due to the success of both programs, we’re likely to see more programming of a like nature in the future that redresses modern misconceptions – perhaps focusing on the Assassins of the Middle-East, the Ninja of Feudal Japan, or the Thugee of India. History offers a nigh limitless store of culturally accurate stories that would make for fascinating tales outside of a western purview. Hell, do a truthful look at the Persian Empire as a counterpoint to the mad fantasy that was 300. The world will be a better place for it.

We urge the producers of the world to note the success of Vikings and to produce more content like it, programming that breaks stereotypes and challenges accepted historical doctrine with cultural truth. We call to the writers of the world to hearken to the substance of Vikings and to write stories as truthful as this one, as meaningful as this one, stories that present complex and disparate philosophies with the respect that we deserve.

This is where narrative is going, the sort of tale that people are going to be seeking out. The sooner you get around to realizing it, the happier we’re all going to be.