Amy Jo Johnson Wants to Watch a Movie With You 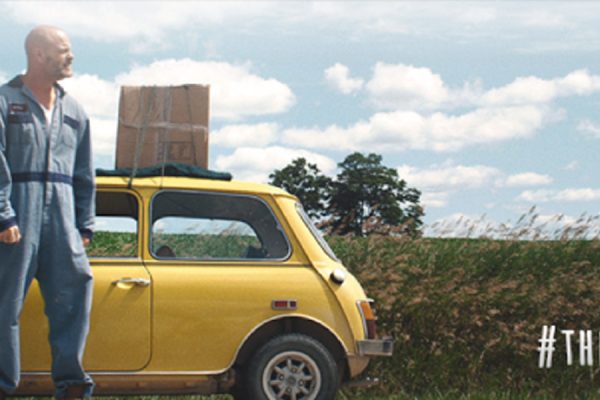 You remember Amy Jo Johnson, yes? With all the attention being paid to the new Power Rangers movie, we thought it might be interesting to take a look at what one of the originals is doing – and, in short, she is continuing her quest to be awesome.

Amy’s gone on to act in other projects (Felecity and Flashpoint), flirted with music (The Trans-American Treatment and Imperfect),  and done a number of short films (Bent, Lines, and others). She was kind enough to take a moment from her incredibly busy schedule to speak with us before, and you can read that interview by clicking here. She’s not the sort to rest on her laurels, though, and has just completed writing, directing, and producing her first-ever feature film, The Space Between Us.

That looks both cute and poignant, which is interesting given the potential seriousness of the subject material.

According to press materials, “The Space Between is a heartfelt comedy about Mitch, a 35-year-old new father, whose world is turned upside down when he finds out his adored baby isn’t his. Leaving his wife, he sets out on a mission to find the man who ruined his life. As his wife Jackie is desperate to win him back, she enlists the help of her best friend and family as they embark on a journey to find Mitch.” It’s was the 2014 IndieWire Project of the Year, part of the 2015 Tribeca All Access Program, the 2015 Telefilm Micro Budget program, and developed in the producers’ lab at the Canadian Film Center. It premiered at the Shanghai International Film Festival before moving on to the Whistler Film Festival, the Savannah Film Festival, and is about to be shown at Gina Davis’ Bettonville Film Festival.

All of that is kind of great, but it is not the coolest part of this whole endeavour: rather, Amy Jo Johnson has started The Space Between Super Host Theatrical Tour, wherein eight lucky winners of a contest will be chosen to host a special one-night screening of the film with Amy Jo Johnson herself in their hometown. The contest opens March 15th and goes through to April 1st, 2017, with the eight winners being announced at the end of April and the film going on tour in the summer of this year.

The Space Between team will handle all of the logistics of booking the theater and the eight winners will get to take home 5% of the Producer’s Box Office earnings for their screening, and get to spend the evening with Amy Jo Johnson as the host of the event.

Giveaways are also part of the contest, with Amy awarding prizes that include t-shirts, Skype dates, and a one-time grand prize private dinner with Amy Jo Johnson and her producer, Jessica Adams. You can, should, and must click hereto learn more and fill out an application, or click here if you want to learn more.  In short, applicants will submit a pitch video describing why they want to host the film and Amy in their hometown and how they plan to bring their friends, family, and community out for the screening that night.

Good luck, peoples. The clock it is ticking.