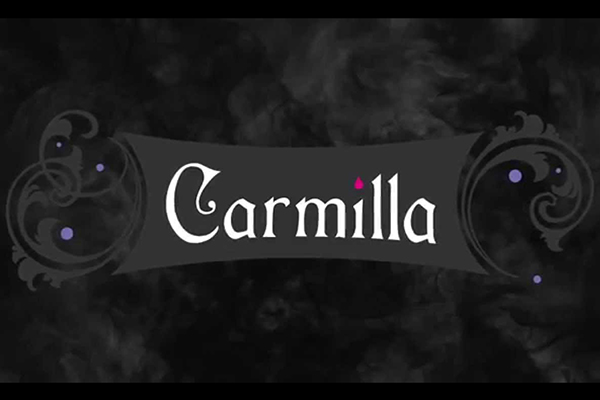 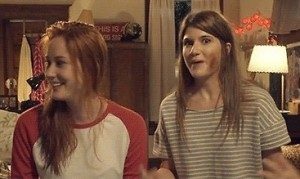 What a terrible and outdated concept, or so I’m told – being an insomniac means I’m often a little behind on keeping track of our bi-annual time jump, though the differences between my cell phone and microwave are happy to remind me when it happens. Doesn’t matter, really. I’m going to be up all night anyway, searching for things that my weary mind can devour.

Most recently, that thing is the webseries Carmilla by Vervegirl TV.

Carmilla is loosely – very loosely – based on the novel of the same name. Carmilla the novel was written by Joseph Thomas Sheridan Le Fanu about thirty years before Dracula, and features a fairly similar plot. The lesbianism text of the book made it less palatable than the Dracula story at the time it was written, but it has gained a strong (oc)cult following in the modern world and people are paying more attention to it, though not in the same way the webseries has managed.

The webseries takes the names and basic character concepts, but transplants everyone to a modern college campus that sounds like it might be located somewhere in Night Vale (and now that is a crossover I need to see). Laura, a journalism student, is good friends with her roommate Betty. Sadly, Betty vanishes one night, leaving only a multiple choice slip in her wake. As Laura investigates this disappearance, she’s inflicted with the presence of a new roommate, the titular Carmilla. 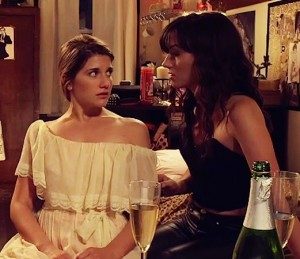 The whole of the webseries is shot in Laura’s bedroom, with other characters coming in and out as needed by the story. There’s a lot of telling of events, followed by a showing of the emotional impact and consequences of those events. It’s a clever device that allows the illusion of a much larger budget than the show actually possesses, which is nice.

Characters are shockingly complex, especially given the brevity of the episodes. The main is very much the aforementioned Laura, who finds the weirdness of her college, well, weird, but was raised by a solitary and over-protective father which has left her with an unclear definition of how strange her college actually is. Carmilla is aloof and seemingly lazy, but there are moments where her facade breaks down, revealing her apathy to be a protective shell born of disaffection and trauma. There’s a good dozen or so other minor characters are all developed and impossible not to care about, plus the acting is believable enough to keep you watching.

Also, everyone is gay, or at least bi. While also being totally true to the source material, this is a nice touch that adds a good degree of believable breadth for those looking for alternatives to the cis-male lead that permeates so much of the cultural narrative.

Episodes are short enough not to become cloying, averaging between two to ten minutes and updating on Tuesdays and Thursdays. It also features a lovely little track called Love Will Have Its Sacrifices by Soles as a lead in, and I’ve had the track on repeat for the past fourteen hours. I love this track. I am going to dream this track. You should listen to this track as often as I have and then, no matter where you are on the planet, you and I will be dreaming the same music. 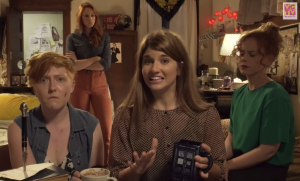 You can find Carmilla on youtube by clicking here.

Those interested Vervegirl TV can find out more by clicking here.

Anyone that wants to join me in listening to the theme can do so by clicking here.