Veskur Wyrd sometimes looked at other couples in love and saw that they often lived together. Her mother and father, for instance, had lived with one another for all of Veskur’s life. Figo’s parents had split up years ago, whatever romance that had once bound them long since turned to ashes. Wyrd suspected heavily that the mother had abused her child physically and knew for a fact that the father had abused him emotionally. She did what she could to help make up for both, though she knew her efforts were awkward at best.

Figo seemed to appreciate it, though, and that was more than enough to make everything Veskur felt and everything Veskur did somehow better. She felt her life complimented and perfect thanks to the presence of the young noble.

She was not arrogant enough to believe that she made Figo’s life better, but she hoped that she did, anyway. She knew she was strange to be around and most of the time she did not care, but she found herself making concessions for the sake of this other, behaving in ways that no one had ever been able to compel her to behave before. It was strange, how one person could make everything she felt seem so much more, how one person could fill her with feelings of joy that she would never have expected could be culled from a tie to another Vanir.

Her heart did not live with her. His parents approved of Veskur as a war hero but were leery of her House, and his allies and even his friends wanted nothing to do with her strangeness. This suited Veskur fine, as she found Figo’s entire inner circle vapid, empty, and spiteful. They took her heart for granted in so many small ways, undermining Figo without ever seeming to care or even acknowledge the hurt, and Figo accepted their abuse with a disregard for his own well-being that Veskur herself mirrored when it came to her own dealings.

For reasons she could not name, however, she refused to tolerate anyone treating Lord Figo with such disdain.

River commented on Figo’s absence sometimes, but Veskur understood that her heart had other things to do than be with her in the remoteness of her frozen home. It made her cherish those times that they could be together all the more, and there were some nights where she found herself restless and warm and would wander outside, singing her passion to the valley she had made and the snow that filled it. She would smile when she did this, overcome with a sense of giddiness that she never tried to tame. 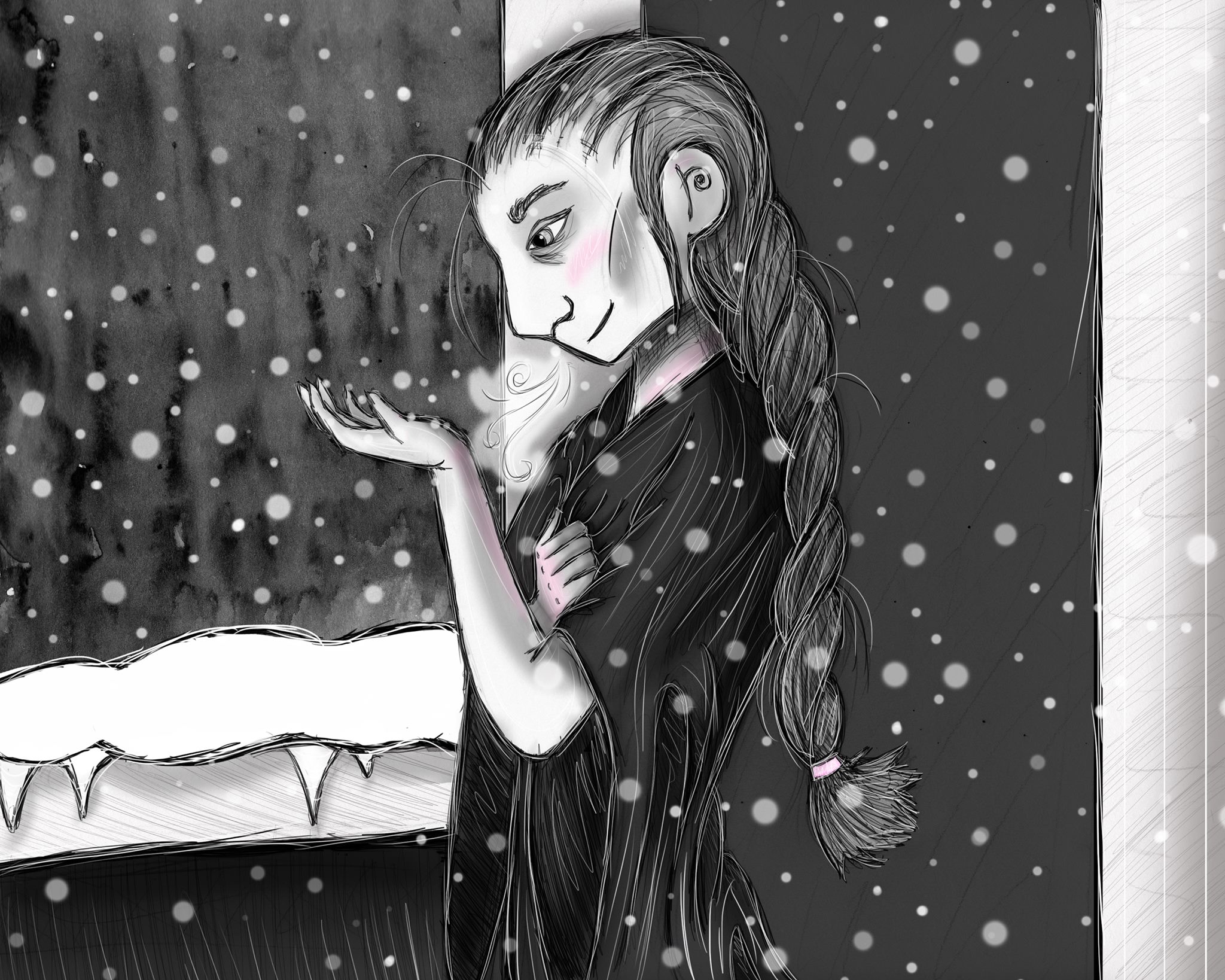 River, when he heard her sing, told her that she was deaf to any kind of tone.

Her old friend had given her the means to contact Thea and the two of them had exchanged tentative greetings before getting into the meat of things. As promised, the young Lord proved to be a quick study and a good scholar. Veskur was inundated with the events that plagued Thea’s life, his triumphs and tragedies, and found both impressive enough. The boy also expressed an interest in her that Veskur was uncomfortable with, her manner and oddities apparently taken as some form of flirtation. By the time Veskur realized what had happened it was too late to say anything about it while being polite, though she did try to decline without hurting the youth.

All the stories that the noble of House Raido told of himself ended with him victorious over whatever trouble presented itself. Veskur thrilled to the tales of the boy’s many victories, his accomplishments enough to sate the necessity of glory in any man thrice his age. Still he pressed on, never satisfied with what he had done and always looking for another horizon to overcome. It was admirable, though quiet Veskur was uncertain how to deal with such an outgoing and hungry personality.

River told her to accept the boy’s eager lust and be done with it, but Veskur had never been comfortable with the sort of passions that River explored and so declined time and time again. She did her best to keep Figo from learning of Thea’s desires, but that proved fruitless. Figo said he wasn’t threatened or bothered by his would-be rival’s affections and Veskur, taking hope from this, resolved to never hide anything from her heart ever again. She put it out of her mind.

She put it out of her mind.

Her work was still progressing, though perhaps not as quickly now that her attentions were divided. There were two things that mattered now instead of one and she was not nearly as upset about this as she would have expected herself to be. Figo’s warmth and presence, his laughter and light, his lips on her neck and earlobe, his hands running through her… all these things came to hold more value for her than she would have ever believed possible. She told him she loved him and meant it, was left breathless when he pressed his lips against hers and held her down and loved her, loved her, made everything in her feel like light and fire.

He was all that mattered. He was everything, everything, perfection made flesh in ways that she knew even he would never understand. She listed for him fifty things that she loved about him, covered her home in flowers and light to celebrate him, everything he was and everything he meant.

She was happier with him than she ever would be again.