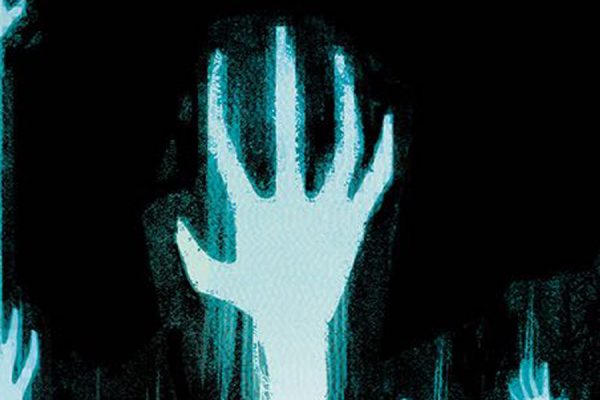 It feels like every time a new issue of Injection graces our shelves, we talk about it. We urge you to pick it up and read its pages, to partake in the mind-expanding brilliance and deep mythology that it this comic. How can we do anything else? This comic is Warren Ellis at his very best, and the man may be the best writer working in the comics beat today; he’s in his prime, making magic, weaving tales you need to read to believe.

Last time we talked Injection, someone identified only as Rmentioned that the five leads roughly correspond to Bernard Quatermass, Sherlock Holmes, Dr. Who, James Bond and John Constantine, though I’d argue Randolph Carter could be an unintentional influence alongside Bernard Quatermass – a brilliant person of independent means who keeps surviving things that would kill the soul or shatter the mind of anyone else? It does sound kinda like our favorite physicist.

Anyways, with a list of protagonists like that you need something heady to bring them together and something terrifying that can stand against them. In this case, the thing that brought them together was a think tank meant to find a way to overcome a projected plateau in humanity’s cultural evolution. Said way ended up being an artificial intelligence that was given a soul through mysticism and the means to fuck with reality.

Said AI has since thoroughly fucked with reality and, through reality, the people that created it.

The different arcs have introduced us to our team of protagonists, with the two prior arcs focusing on the trials of our Quatermass/Carter and Holmes stand-ins. This third arc, though? This one is focused on the good Doctor, a badass hacker who happens to be a woman of color and is looking into a faerie hill that may be infested with redcaps.

It’s that sort of comic. You know what I mean. The ones that surprise and inspire in equal measure.

Better still, Warren Ellis is paired with Jordie Bellaire and Declan Shalvey and everyone is bringing their very best to this comic while they bring out the best in one another. Their work combined transforms this from a comic and into an experience, something that will haunt your waking mind and follow you into dreaming.

It is the best sort of drug. Inject away.