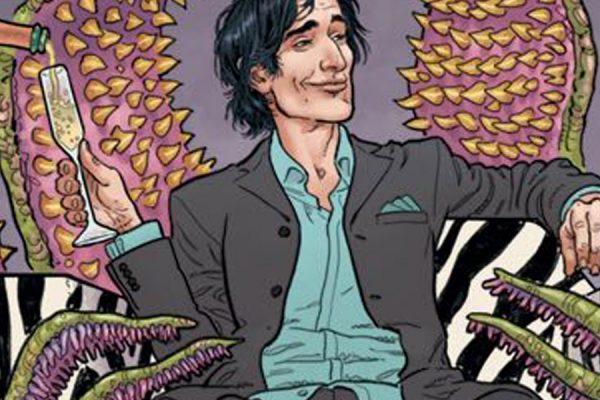 Millennials get a bad rap.

We’re the most educated and hardworking generation in the history of the planet. We’ve been trained, programmed, bullied, and finally enslaved by older generations, working for nothing or not enough to live on, forced into debt and squalor and then blamed for economic policies we had nothing to do with and the death of industries we can’t afford. Trying to explain this to older generations, though, falls on deaf ears.

“It’s tough out there,” quoth they, “but I worked hard and made it and so can you.”

They don’t want to hear that the socialist policies that made that possible for them were dismantled by them when they were done with them. Not that it matters: the same people that ignore scientists while accepting the innovation science provides are treating the environment with the same care and consideration they gave the economy, the point of no return passed years ago.

We can’t fix this. Our generation keeps trying but the idiots that came before keep repeating the same mistakes and letting the worst of us make decisions that influence the world and have long-running consequences that those idiots don’t want to understand. This is the future we’re looking at – the forty or fifty years of it that remain, if we’re lucky.

The dreams of the millennial are typically not much more than pay off debt. Now, Steve Skroce is taking the browbeaten mindset of the last generation and giving it the magic everyone wants and no one believes in.

Steve, for those wondering, is very much the person you want doing this. He’s one of the storyboard artists from the Matrix and one of the writers of We Stand on Guard, someone who is very capable of conveying the grim meat-hook realities of the modern world while also looking at the fantastic possibilities that reality has to offer. He’s a master of his craft, someone whom the title of this comic would apply to in real life.

And the concept he’s come up with here?

One of ours – the downtrodden, the beaten, the demoralized and demonized – is contacted by an unexpected source. He’s an exile, the banished son of someone foreign, and the news he receives is this: his family is dead. All of his relatives have been assassinated and the kingdom they ran falls to the only member of the royal family left – him.

So, yes, he’s an exiled prince. Neat. He’s also an exiled prince from another dimension, banished to Earth and raised in Florida, where the ambient weirdness of the location would disguise whatever ambient weirdness leaks off of him. It’s a good place to hide someone from a magical kingdom, really, but now it’s time to go home and claim something called the Wizard King’s Throne and a spell that will make him a living God.

Maybe even one that can save not one but two worlds?

There are enemies everywhere, of course. The ones that have swords in their hands, sure, but also debt and fear and despair, the terrors of the modern world that are grinding humanity into dust.

Bottom line? Steve Skroce has an important story to tell and he has the grit and determination to see it told properly. This is the single issue we’re most looking forward to this week, and we cannot recommend it enough. Do not miss this.