How I Learned to Stop Worrying and Love the Blacklist 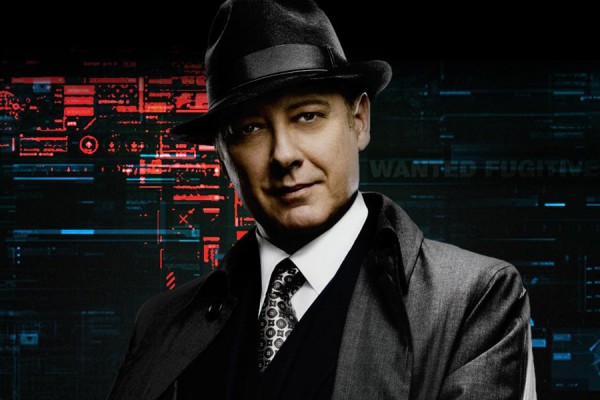 There’s something to be said for James Spader.

He’s an incredible actor who brings both a sense of joy and a sense of menace to his work. It’s always there, from Stargate to Boston Legal, this sense that he knows more than he’s letting on. More than that, you watch him and feel that whatever it is that he knows, that you do not is terrifying.

It’s a subtle thing, this sense. It lends him an air of confidence and power that makes his every performance riveting. You know he’s the smartest man in the room, though it is equally apparent that not every one around him knows that. A certain smugness offends people, makes them want to prove him wrong, and that makes them prey for his characters.

Nowhere does this become more apparent than the Blacklist, a show that can best be thought of as a weekly spy movie. One where an FBI profiler fresh from the academy has to deal with a man who is equal parts James Bond and Keyser Soze, as played by James Spader.

Blacklist is an interesting show, a monster-of-the-week only made possible by a man who is worse than every monster he reveals. He’s stepped into the light of an agency meant to protect people, but the light doesn’t touch him – rather, he casts shadows on everyone around him, seducing them into darkness to further his own agenda.

It’s a mesmerizing performance on all fronts. Good people, the best in their profession, tied to a specialized task force meant to take down the worst of the worst. And here comes the devil in the form of Raymond Reddington, charming and friendly, helping them find criminals they didn’t even know existed, showing them a world where power and death are doled out from monstrous shadows.

How deep does the world Raymond has for them go? How does one use a sound line to test those depths, and at what cost?

That’s the question at the core of the Blacklist. Elizabeth Keene, a good person, top of her class, just starting her career and Raymond Reddington comes in and upends all of that. Every lie she’s used to build her life is dangled in front of her and destroyed, and the FBI keeps trotting her out because Reddington will not deal with anyone else.

And she volunteers for it. She’s drawn back, time and again, to confront horror after horror. Her life has been destroyed because of Raymond and yet the two of them have an uncommon bond, a complicated tie that seems to amuse and haunt Reddington in equal measure.

Like Keene, we’re left in the dark as to the nature of the bond, and while Reddington is happy to guide us into the dark he reveals nothing of himself, nothing of his plans. He co-opted the FBI into serving his goals, making these good people his pawns in a game that none of them can comprehend but are drawn to by his smirking promises of serving the greater good.

And the scariest part is that Raymond keeps his promises.

He always keeps his promises.

The Blacklist is an enthralling narrative on multiple fronts: the ongoing corruption and temptations of the FBI, the scraps of information about the mysterious relationship that ties Raymond and Elizabeth, and the monstrous nature of the people Raymond bring to light, as well as the lengths the FBI must go through to find them and bring them down.

The performances, direction, and scripting are all good, honestly. It’s another one of those shows that would have been heralded as ground-breaking five or six years ago, but in the current crop of narrative revolution there are a few things that keep making this show a must watch – and all of them are tied to James Spader.

Spader’s take on Raymond Reddington is infused with a devilish glee that raises every other aspect of the show. Every second he spends on screen changes everything around him, and that’s what makes the Blacklist enthralling. Every other character and even the locations are granted layers because of him, and every performance becomes stronger over all. He is the center of this universe, and his universe becomes stronger for it.

And it’s a pretty strong show to begin with, a spy drama based around the best the FBI has scouring the criminal underworld. This means that every episode is a spy movie that just happens to have the Devil at the center. Old Scratch himself, played as a real man by James Spader. Everything he touches becomes worse, but he’s such a seductive presence that working with him seems like the best possible choice for those being corrupted by him.

How can you not enjoy a show where James Bond is working with the Devil?

The Blacklist returns to television this coming Thursday. If you haven’t already, we strongly recommend jumping on board.