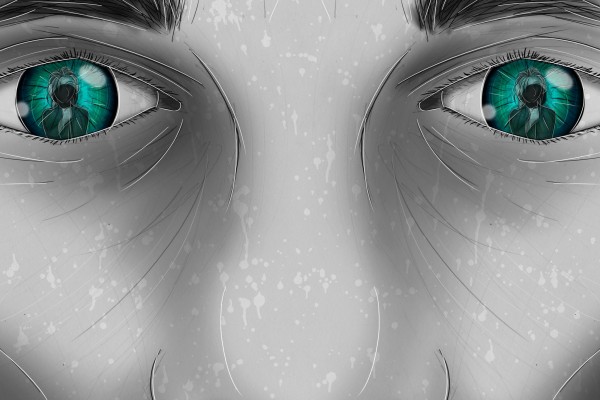 “Are you doing okay?” Risue asked, looking at the ragged woman that stood beside him.

Risue was polite enough to say nothing.

He knew all about Veskur and Endrall’s falling out. He had heard the story from both sides, but tended to favor Endrall; he was prettier, better spoken, and more fun to be around. Veskur was, at best, a lunatic that meant well. An idiot savant – someone to be used, perhaps liked or even appreciated, but never fully trusted; the insanity that threatened to overtake her was so much more promise than threat.

“Did I tell you I’ve been talking with Figo?” Veskur asked for what felt like the ninth time. “I was tired and contacted him on a whim nine days ago. We’ve been in pretty much constant contact since then, talking about all kinds of things. Silly things. Light things.”

That degree of happiness was something that Risue was not used to hearing in this woman’s voice and he was not certain what to make of it, or of her.

She’d shown him some of those missives, hastily scrawled on both their parts, paper passed back and forth through scientific means long since established. He wondered how the Ethcinos she was blathering on about would effect such tried and true sciences, but he bit his tongue and read the single sentence responses. There was more wit than he’d expected from with party, even if he did not know the particulars of what they were discussing, but Risue had met Figo enough times to know that if he didn’t want this conversation then he would not be having it.

If the circumstances surrounding this conversation had been reversed, however, Risue was not so certain that Veskur would have had the presence or wherewithal to entertain no as an answer.

The Coeecians had stepped up their aggression in recent months, Jesam the First hammering his Vanir betters with a series of hit and run assaults that had forced the nobility back and back and back again. None of the other leaders had been able to pick out a pattern to the onslaught, but he had been acting as a go between for Hekro and Veskur. Those two had taken to drawing the strikes out on a map, weighing the days and patterns and distances that lay between one attack and the next. The two of them theorized that there was a pattern, just one they could not see.

“His pattern is based on a Coeecian folk song,” Risue said.

“Really?” Veskur did not look convinced. “How can you tell?”

Risue walked around the table they had drawn the map upon, humming a tune, hitting the table with an amhr in time with the music. Veskur’s eyes went wide.

Risue smiled, shrugged, and did not mention that she had been the one to introduce that tune to him. She was forgetting more and more these days. He wondered if there was anyone still around her enough to notice it.

Turning back to the map of Midgard and its tributaries, the two nobles plotted out where they thought the next attack would come. It didn’t take them long to figure out – a forested area in the south, flatland with a keep towards the north and east. Risue made certain to send a copy to Hekro, the two of them waiting to see what the Golden Champion with a question.

“Do you know who’s posted there?” Risue had written.

“I know this,” Veskur said, the excitement in her more infectious than any virus. “I knew I knew this, I knew. He told me this. Figo did. I know how many troops he has, their movements, their arms, when they watch, who goes on patrol, all of it.”

“That’s a lot of information.”

“I know.” Veskur licked her lips.

“We could send a message to Figo, warning him.”

“Or we could go ourselves.”

Veskur looked at him, her eyes burning with an intense mania.

“He did give me all that information, like an invitation,” Veskur pleaded. “This is just an excuse to go there. Besides, if we’re right and Jesam the First does attack, well, we can see that attack firsthand. We could figure out how to counter his raids, take back the parts of Midgard that have been lost.”

It was the idea of seeing the Coeecians’ new formations that got Risue to agree.

They took Risue’s carriage – House Raido had the best transportation technologies in all of Midgard, no disputing that. They rode in comfort, talking over what they had discovered, double-checking the evidence that supported what they now knew.

No one challenged their passage and there was no sign of the horror that they thought was coming so very quickly to this place. Risue was recognized by some of the troops, those soldiers that had fought with him back when he had not needed a cane to walk. He was greeted with smiles and clasped wrists, a greeting of one soldier to another. Most recognized Wyrd, as well, but there were fewer greetings for her. She was known for her strangeness, for her power and her madness, and these three things would always set her apart.

Figo was giving a speech when they arrived, rallying the troops. They found him easily enough. He was a young commander who stood tall and proud, a power and a presence that deserved love, admiration, and respect. On his left hand was a glove similar to the one that Endrall and Veskur both wore, a tool that Risue knew had something to do with Veskur’s invented and advanced Sciences but a tool that he did not yet possess. There was talk of someone having figured out how the gaurn worked and how to make them, but those that had heard those whispers knew better than to repeat them around the Good Lady Wyrd. 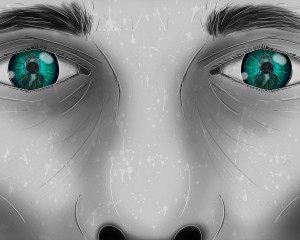 Figo was in mid-sentence when he noticed Veskur. He paused ever so briefly; staring, he shook his head quickly and resumed his speech as though nothing had happened. Risue caught the moment because he was good at reading people, as good as any of the more politically minded nobles that frequented the courts and not the killing fields. He turned to the woman beside him, wondering if she had noticed the response and saw instantly that she had.

“I shouldn’t have come here,” she whispered.

Then she turned and left.

Risue went to Figo and gave him the warning they had come to give, but he could tell that the other man was not really listening, that he was badly shaken by the appearance of his former lover. He asked a few polite questions and then excused himself, clearly not wanting to be around anyone at that moment, and Risue was kind enough to let the young commander retreat. There was terror in his eyes where there had been none before, a resignation that was terrifying in scope.

He searched for the woman he had come with but she had vanished. No one had seen her and no one seemed to have any idea as to where she might have gone. Risue gave up after some time; Veskur spent much of her time walking in the wild places and was almost as good as an Elhaz at not being found when she did not want to be. He returned instead to the troop formations, leaning heavily on his cane, speaking with the soldiers as they lazed about.

Not one of them believed that the Coeecians were coming. Not one of them was willing to listen to what he had to say to the contrary. Irritated by this lack of respect, Risue retreated to a high point and paused to watch and wait – and when the attack came he was in the perfect position to see everything that happened under the mad leadership of Jesam the First.

It was only his quick thinking and Figo’s leadership that saved the Vanir from being overrun completely.