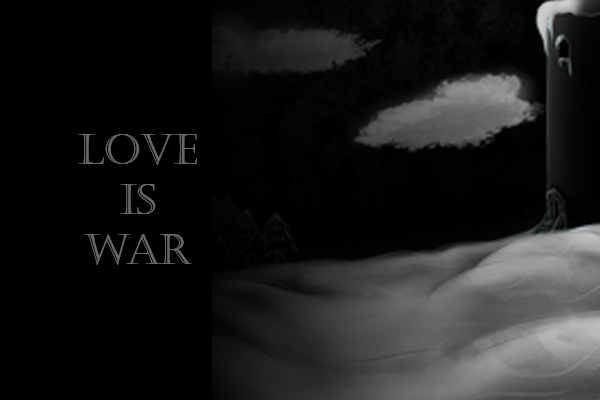 A month passed and Veskur had not yet replied to any of the messages that Endrall had sent her. Sotaas not responding to him he could kind of understand; the man was constantly out in the wild, whatever power that Veskur had inflicted upon him making it impossible for even the most careful Science to find him. Veskur, on the other hand, never left her damn keep out in the northern wastes.

Perhaps the woman was busy. Who knew better than Endrall how Veskur could lose track of time? Yes, the woman had always been quick to come to attention whenever he called her, dropping whatever unimportant foolishness had claimed her this time around, and thus it was entirely possible that whatever project currently held her interest had robbed her ability to notice anything else.

He would talk to her about this the next time they saw one another. He was too important to be treated thusly, especially by someone as pathetic as her.

The projects that he was working on claimed most of his time now, but there was so much adoration being paid to him that he barely noticed. The Vanir intelligentsia had taken note of his work and theories, weighing them and finding them to be of merit. It was everything that he knew he deserved, everything that he had been born to claim.

Only this one thing stuck in his craw.

Hekro, the Golden Champion, was speaking to him again. She had to – his raw charisma and talent had made him much sought out among her friends and allies and some trick of the gaurn on his hand made him excel at strategies and tactics in a way that soldiers three times his age could not. She became a fixture at meetings of import, where the Freya herself discussed the wages of war as the struggle with the Coeecians continued. He even saw Figo from time to time, lovely Figo, though he kept a polite distance. Endrall sometimes found himself wondering what was behind that, but at least that beautiful man had not cut him off the way he had Veskur.

Farrell sometimes accompanied him when he went out, mostly at his father’s insistence. He never minded this, not really. Farrell had a deep insight into the nature of those around them, was quick to find the fallacies others had adopted into everything they did. They played games, sometimes, undermining the structures and bindings that others had made for their own benefit. House Suwilo benefited greatly during this time, Endrall further cementing his name.

The Vanir ceased to think of him as Sahr’s son. They started to think of Sahr as his father. It was a slight distinction, one he knew that Veskur would have appreciated above and beyond anyone else. If only the damned woman would answer him…

After nearly sixteen seasons of no contact, he took a moment to send her another message, letting her know that he was angry with her for her failure to contact him. This was meant with silence. Annoyed, he went and spoke with Thea to see if he had any insight into whatever stupidity had currently gripped the heart of his pet. Thea would tell her nothing, merely smiling as if that stupid expression should be enough to explain everything.

He sent another message, threatening to go to Veskur’s house, to force a confrontation. It was an empty threat; he didn’t actually care enough now that there were other people paying attention to him. Who needed Veskur, with her annoying ways and annoying questioning and her irritating way of talking? She made noises sometimes and operated under the illusion that she was a person, not a process meant to make him better. If she couldn’t be bothered to remember that, well, perhaps she didn’t deserve his company at all.

There were things that he had left at her home. He sent her another message, asking if she had seen them, but even this received no immediate response. Instead, another couple of seasons slipped by before a box arrived on his doorstep. Within was everything he had ever given her or left at her home, along with a note written in some language that he did not recognize. He contacted her again, let her know that this was not okay with him, that he expected better, that he was disappointed in her and everything she was and why wouldn’t she speak with him…?

He had done so much for her, couldn’t she see that? He had put up with all of her inanity and all of her insanity. She owed him more than this, was indebted to him and always would be. After all the acts of kindness he had performed for her, this was the sort of behavior she thought he was entitled to? Didn’t she realize that he was the most important thing that would ever be in her pathetic little life? Hadn’t he reminded her of that often enough, hadn’t she acknowledged the truth of those very words again and again over all the time they had known one another?

The Coeecians struck again. Figo went missing. Jesam the First seemed to have an understanding that Veskur Wyrd was a threat and he went after her House, wiping out half their number in short order. Somehow, the Skie Warlord had placed forces deep within the heart of Midgard and he lashed out with them. Gebo, Nauthiz, and Ehwaz were the hardest hit after Wyrd, their infrastructures and their peoples thrown into wild disarray. The Nauthiz Coven was devastated, those nobles left in their wake turning to him for guidance, a noble from another House – a thing completely unheard of in all the history of the Vanir. Endrall sent Farrell to act as his liaison between them, turned to Hekro and Risue to organize what forces were left.

Deeam contacted him, told him that he had tried to contact Veskur Wyrd and failed. The rest of the Honored Guard had come when called but Veskur was still cowering in her tower up in the frozen north, unreachable, unassailable, a power that sat bloated, accomplishing nothing. Endrall merely sneered when Deeam asked him to go and collect the Good Lady; he told the Njord that there was nothing good about Veskur and that there never had been, that they were better off without her. He named her dryw and now no one would speak in her defense.

She had no honor, no function, and no reason for being.

Endrall knew that Midgard, like himself, would be better off without her.